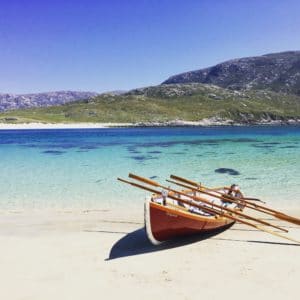 Scottish Coastal Rowing is an ever growing sport and is one of the best forms of exercise, using nearly all of the muscles in the body. It is also great fun!

The 22ft long, 5’8″ beamed St Ayles Skiff is providing a relatively inexpensive entry to the sport of Coastal Rowing by using a design which can be built by the communities. People of all ages are now rediscovering and exploring the sea around them.
The St Ayles Skiff is a 4 oared boat with a crew made up of a coxswain and 4 rowers, each with a single oar. Communities from all over Scotland have come together to build skiffs, introducing to their communities rowing, expeditions, and racing.
The Scottish Coastal Rowing Association is the class association for the St Ayles skiff, as well as being the principal body organising coastal rowing in and around Scotland. The SCRA have now over 70 clubs in Scotland and attracting worldwide attention with communities building and rowing St Ayles skiffs in many different countries.

Glasgow City Boats have trained many rowers, making them more confident on the sea to passage plan, use VHF radios, be able to give first aid at sea and have taught how to survive at sea. Some coxswains have passed the RYA Day Skipper theory course, enabling them to understand basics of seamanship, the essentials of coastal navigation and pilotage, chart work, weather forecasting and meteorology, tides and emergency and safety procedures including distress calls, use of flares, safety harnesses, lifejackets and life rafts. We have many courses which are applicable to coastal rowing.

Glasgow City Boats have also been involved with coastal rowing events such as Castle to Crane rowing race which is included in the Clyde Built festival.

To find out where your nearest club is use the SCRA club finder: https://scottishcoastalrowing.org/club-finder/

Thanks to Anna Mackenzie for help writing this article and the wonderful photos.

Something to look forward to for when the restrictions are lifted!

We will leave you with a Gaelic Proverb:
Tha began tròcair aig an fhairge, ach chan eil tròcair aig na creagan.
The sea and waves have some mercy, but the rocks have no mercy at all.

Scottish coastal rowing Scottish Coastal Rowing is an ever growing sport and is one of the best forms of exercise, using nearly all of the 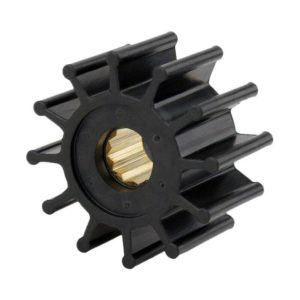 Boat maintenance checks By Glasgow City Boats Hello everyone we hope everyone is staying safe and healthy during the Covid-19 outbreak. Whilst it is important